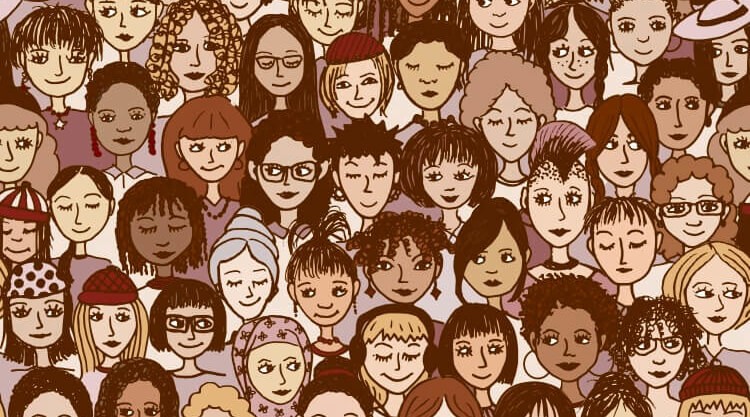 Women’s History Month, which begins tomorrow, is a time to celebrate the vital role of women in American history. It’s also an opportunity to reflect on the persistence of sexism, misogyny, and gender violence.

With that in mind, we’ve put together a special selection of MEF videos to screen with your students over the next few weeks.

From bestselling author and journalist Jessica Valenti’s devastating analysis of the right-wing backlash against women’s equality in The Purity Myth, to Jean Kilbourne’s classic dissection of retrograde images of women in advertising in Killing Us Softly 4, to Daphne Valerius’s award-winning exploration of how mainstream ideals of beauty shape the self-image of women of color in The Souls of Black Girls, these videos challenge us to think critically about the larger cultural forces that continue to work against women’s autonomy and power.

Our special selection also includes our latest release, The Bystander Moment: Transforming Rape Culture at Its Roots, acclaimed anti-violence educator Jackson Katz’s powerful look at how social norms — in particular normative ideas about manhood across race, class, and ethnicity — have perpetuated a culture of silence in the face of men’s sexual violence.

We hope you’ll consider using these videos to inspire dialogue and debate in your classes, on your campus, or in your community throughout the month of March. Below you’ll find just a sampling of the titles we’ve selected. Click here for the entire selection.

Breaking down a staggering range of more than 160 print and television ads, Kilbourne uncovers a steady stream of sexist and misogynistic images and messages, laying bare a world of frighteningly thin women in positions of passivity, and a restrictive code of femininity that works to undermine girls and women in the real world. At once provocative and inspiring, Killing Us Softly 4 stands to challenge yet another generation of students to take advertising seriously, and to think critically about its relationship to sexism, eating disorders, gender violence, and contemporary politics.

3. THE SOULS OF BLACK GIRLS

Filmmaker Daphne Valerius’s award-winning documentary The Souls of Black Girls explores how media images of beauty undercut the self-esteem of African-American women. Valerius surveys the dominant white, light-skinned, and thin ideals of beauty that circulate in the culture, from fashion magazines to film and music video, and talks with African-American girls and women about how these images affect the way they see themselves.

The #MeToo movement has shined much-needed light on the pervasiveness of sexual harassment and abuse and created unprecedented demand for gender violence prevention models that actually work. The Bystander Moment tells the story of one of the most prominent and proven of these models – the innovative bystander approach developed by pioneering activist and writer Jackson Katz and his colleagues. In a riveting analysis illustrated with archival footage and clips from news, sports, and entertainment media, Katz explores the role of bystanders—especially friends, teammates, classmates, and co-workers—in perpetuating sexual harassment, sexual assault, and other forms of gender violence.

With humor and refreshing candor, Fabianova’s Red Moon provides a fascinating, often ironic, take on the absurd and frequently dangerous cultural stigmas and superstitions surrounding women’s menstruation. As educational as it is liberating, the film functions as both a myth-busting overview of the realities of menstruation, and a piercing cultural analysis of the ways in which struggles over meaning and power have played out through history on the terrain of women’s bodies. Ideal for use in women’s studies and health courses, as well as classes in anthropology, sociology, and cultural studies.

The Illusionists examines how global advertising firms, mass media conglomerates, and the beauty, fashion, and cosmetic surgery industries are changing the way people around the world define beauty and see themselves. Taking us from the halls of Harvard to the galleries of the Louvre Museum, from a cosmetic surgeon’s office in Beirut to the heart of Tokyo’s Electric Town, the film explores how these industries saturate our lives with narrow, Westernized, consumer-driven images of beauty that show little to no respect for biological realities or cultural differences.