When Confucius was asked what would be the first thing he would do if he were to lead the state, he said, ‘rectify the language.’ Words are used to disguise, not to illuminate, action. Words are used to confuse, so that at election time people will solemnly vote against their own interests. Words must be so twisted as to justify an empire that has now ceased to exist, much less make sense. Is rectification of our system possible for us? 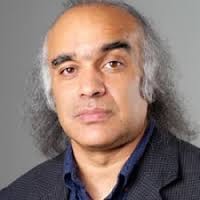 “Rectification of the system,” in Gore Vidal’s prophetic words, has never seemed so urgent. The specters of global climate change, dwindling resources, and endless war now haunt the very future of the planet and human civilization. Our ability to transform these current realities will depend on whether we are willing and able to imagine other possible futures. The project of the Media Education Foundation has always been informed by just this: the notion that language — and, by extension, images — define the limits, and possibilities, of human imagination and thought. The stakes have never been higher, and the necessity for education never more crucial.

From films about the commercialization of childhood and the subtle, yet widespread, effects of pornography, pop-cultural misogyny and sexism, to titles that deal with the devastating effects of rapacious consumerism and the wars for oil that it drives, we offer resources designed to help spark discussion about some of the most pressing, and complicated, issues of our time, in one of the last independent spheres left in the society: the classroom. Our aim is to inspire students to think critically and in new ways about the hyper-mediated world around them.

Learn More About Our Team