by JEAN KILBOURNE and JACKSON KATZ

This story was originally published in Ms. Magazine and is reposted here with the author’s permission: 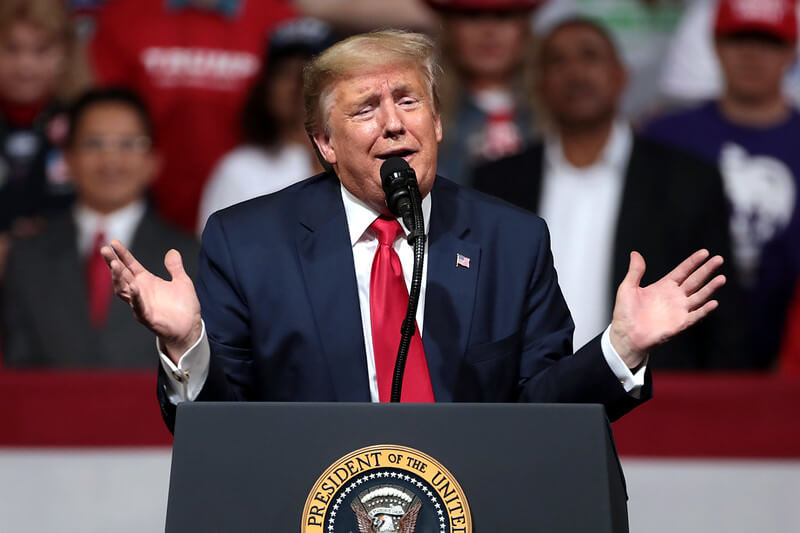 “Wearing a mask is an admission of vulnerability,” write Kilbourne and Katz. “Such an admission would be unthinkable for a man like Trump—who has demonstrated repeatedly that having the appearance of strength is more important than possessing the real thing.” Pictured: Trump speaking at an Arizona rally in February 2020. (Photo credit: Gage Skidmore)

Just after the experts at one of Donald Trump’s recent press conferences said that new evidence indicates we should all be wearing masks, Trump stepped in quickly to emphasize that the federal government’s guidance was voluntary.

“I just don’t want to wear one myself,” he said.

Later the president explained why he would be ignoring the experts’ advice: “I think wearing a face mask as I greet presidents, dictators, kings, queens. I don’t know, I don’t see it for myself.”

Trump might not “see it for himself.” That’s his prerogative.

But his unwillingness to wear a mask signals to his base that it’s okay if they choose not to as well. Perversely, at this point some might even see not wearing a mask as a way to show their support for the president.

Another possible explanation for why Trump doesn’t feel comfortable wearing a mask, despite how valuable a public health gesture it would be, is his deep insecurity.

Wearing a mask to protect oneself and others against the possibility of being infected by a virus is an admission of vulnerability.

Such an admission would be unthinkable for a man like Trump—who has demonstrated repeatedly that having the appearance of strength is more important than possessing the real thing.

Trump has now sent the message, whether he intended to or not, that wearing a mask is wimpy, unmanly. His refusal to wear one—even occasionally—matters because of the immense symbolic power of the presidency.

This is unfortunate at a time when many people—of all genders—have been trying to make sense of evolving expert opinion about the advisability of wearing a mask. It is especially bad news for men, since the virus is killing more men than women.

Masks—like any other form of clothing or bodily accessory—are gendered objects. When, how and why we wear them reflects underlying and evolving cultural norms and gender ideology.

But it is important to acknowledge that even the gendered meanings of mask-wearing can be complex and variable.

In a recent Boston Globe op-ed, Aaron Thomas, an African-American man, made clear his reason for not covering his face in public: “For me,” he wrote, “the fear of being mistaken for an armed robber or assailant is greater than the fear of contracting COVID-19.”

Emergency public health campaigns over the past few weeks have taught the public that face coverings such as bandanas, scarves and homemade masks won’t do much to protect them—although they will make it less likely they will touch their faces.

But wearing a mask contributes to public health efforts in another way. Since many people infected with the virus don’t know it yet—and may never know it—the primary reason for wearing a mask is to protect other people.

In spite of Trump’s lack of concern about others, this could provide a winning argument for men to don masks.

In Western culture, the idealized man, the mythical hero, is above all else a protector—sometimes a protector with a mask, like the Lone Ranger. For men, being a successful protector has long been part of the job description. 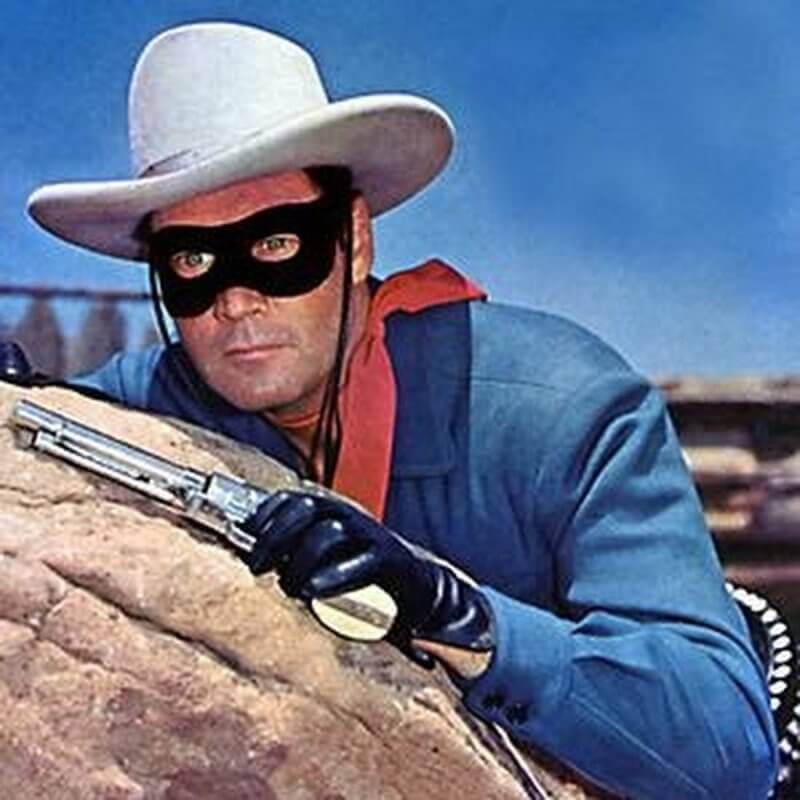 “For men, being a successful protector has long been part of the job description,” write Katz and Kilbourne. (The Lone Ranger / YouTube)

Men who fail at this task—often through no fault of their own—run the risk of being shamed or losing status.

In the case of the coronavirus crisis, men across the country and world have been rising to the occasion. Think of all the men who are first responders or on the front lines: EMTs, police officers, nurses, doctors, pharmacists, other medical professionals. Many of them are fighting the virus at great risk to their own health, often without the protective equipment they need and deserve.

Many more are doing essential services that put them at risk: driving buses and trains, providing janitorial services, delivering packages, working supermarket checkout lines. These men have more important things to worry about than whether someone will see them as less than “real men” because they’ve followed sound medical advice and chosen to wear a mask.

Of course, women are protectors, too, and many have been acting heroically in this crisis.  However, for women, the designation of “protector” has historically been overshadowed by the stereotypical “feminine” role of caregiver.

But just as women are proving that they, too, are protectors, men are also stepping into caregiving roles—such as attending to the needs of sick family members.

Cultural progress is often a story about an ongoing struggle over meanings. This crisis is clearly changing the symbolism attached to wearing a protective mask. Now, donning a face-covering can signify that “I care about you.  I don’t care if you are a Democrat or a Republican or what country you or your ancestors came from.  I will do my part to protect you.”

Wearing a mask acknowledges that we are all human beings, first and foremost, and that it is in our DNA, regardless of gender, to care about each other.

It is a national tragedy that we don’t have a president who can say and model this in a time of great need. But we can say it to each other—through our words, but, more importantly through our actions.

We can all step up and cover our faces.

ABOUT JEAN KILBOURNE AND JACKSON KATZ

Jean Kilbourne, Ed.D., is internationally recognized for her groundbreaking work on the image of women in advertising and her critical studies of alcohol and tobacco advertising. She is the author of the award-winning book Can’t Buy My Love: How Advertising Changes the Way We Think and Feel and So Sexy So Soon: The New Sexualized Childhood and What Parents Can Do to Protect Their Kids. The prize-winning films based on her lectures include Killing Us Softly, Spin the Bottle, and Slim Hopes. She has served as an advisor to two Surgeons General and has testified for the U.S. Congress. She holds an honorary position as Senior Scholar at the Wellesley Centers for Women. In 2015 she was inducted into the National Women’s Hall of Fame.
Jackson Katz, Ph.D., is internationally renowned for his pioneering scholarship and activism on issues of gender, race and violence. He has long been a major figure and thought leader in the growing global movement of men working to promote gender equality and prevent gender violence. He is co-founder of Mentors in Violence Prevention (MVP), one of the longest-running and most widely influential gender violence prevention programs in North America and beyond. He is the author of two acclaimed books and creator of the award-winning Tough Guise educational documentary series. His TEDx talk, Violence Against Women Is a Men’s Issue, has over 4 million views. He has lectured and trained in all fifty states, eight Canadian provinces and every continent except Antarctica.