As the Super Bowl comes and goes, make sure our upcoming film with acclaimed sportswriter Dave Zirin is on your radar!

“Whether we’re football fans or not, or even sports fans, we all have a stake in understanding just how powerful the NFL has become as a cultural and political force in this country.”

— Dave Zirin, from Behind the Shield

The National Football League, more than any other major U.S. sport, has built its iconic, multibillion-dollar brand on a range of images and messages that have helped shape everything from dominant ideas about patriotism, war, and violence, to cultural attitudes about manhood, race, and the reach of corporate power in U.S. society.

In Behind the Shield: The NFL at the Crossroads, acclaimed Nation magazine sports editor Dave Zirin decodes and looks past the NFL’s carefully crafted public relations and marketing campaigns to reveal a corporation desperate to position itself as an ally in the fight for racial, gender, and sexual equality even as it continues to reproduce and glamorize the most reactionary political ideas and business practices.

Behind the Shield is due out this Spring – and is available to pre-order now! 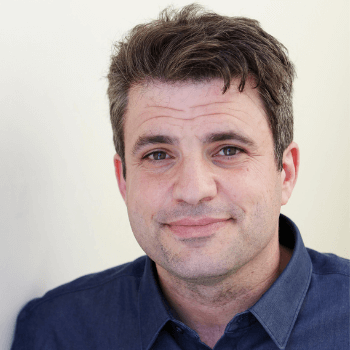 One of UTNE Reader’s “50 Visionaries Who Are Changing Our World,” Dave Zirin is a columnist for The Nation, SLAM Magazine, and The Progressive. His many books include A People’s History of Sports in the United States, Game Over, Bad Sports, and, most recently, The Kaepernick Effect (all published by The New Press). Host of Sirius XM’s popular weekly show Edge of Sports Radio and a regular guest on MSNBC, CNN, and ESPN, he lives near Washington, DC.

“If there were an award for ‘Most Valuable Sportswriter,’ I would vote for Dave Zirin.”
— Howard Zinn | Author of A People’s History of the United States

“Dave Zirin puts the politics back in sports and makes good sport of politics. Not since Hunter S. Thompson has a sportswriter shown the right snarl for the job.”
— Naomi Klein | Author of The Shock Doctrine: The Rise of Disaster Capitalism

“For those who sympathize with critic Umberto Eco’s characterization of the endless clichés and banal debate that normally pass for sports journalism as the ‘glorification of waste,’ Zirin is a refreshing voice of both reason and radicalism. Like no one else within the sports-media complex, he has, in his own words, ‘made a career out of trying to understand that murky place where sports and politics collide.'”
— Sean Dinces, Dissident Voice