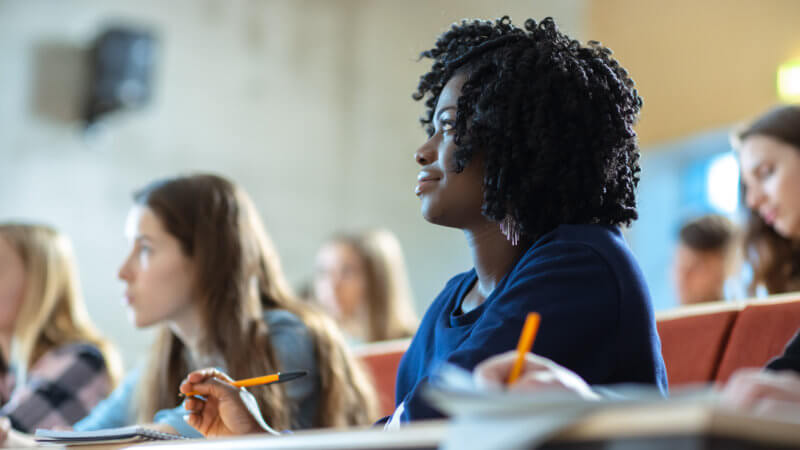 Don’t miss these recent MEF releases on a range of tough issues that are often difficult to tackle in the classroom. Whether the subject is sexual assault on college campuses, the politics of racial scapegoating, the militarization of American entertainment culture, or the devastating environmental impacts of mass consumerism, all of the films featured below are designed to help students understand, debate, and think critically about issues that often seem impenetrable and overwhelming. We encourage you to screen these titles in your classes and on your campus over the coming semester.

THE BYSTANDER MOMENT
Transforming Rape Culture at its Roots

The Bystander Moment, featuring leading educator and activist Jackson Katz, explores how bystanders can help disrupt attitudes, beliefs, and behaviors that perpetuate sexual harassment, sexual assault, and other forms of gender violence. Ranging from peer cultures to media culture to the highest levels of our political culture, Katz examines how social norms – in particular normative ideas about manhood across race, class, and ethnicity – have fed a culture of silence in the face of men’s sexual violence. At the same time, he offers a positive conception of bystanders as friends, teammates, classmates, and co-workers who have a crucial leadership role to play in challenging and changing these social norms.

ROBERT SCHEER — ABOVE THE FOLD

Robert Scheer – Above the Fold profiles legendary journalist and activist Robert Scheer, reminding us that journalism, at its best, is about pursuing the truth at all costs. The film traces Scheer’s career trajectory across dramatic shifts in journalistic practice and platforms, offering a glimpse into the myriad pressures that confront journalists who refuse to compromise their principles and instead commit themselves to speaking truth to power. At a time when debates about “fake news,” “filter bubbles,” and the dumbing down of commercial news media have moved to the center of mainstream discussion, Robert Scheer — Above the Fold is an ideal teaching tool for courses that examine journalism, politics, and the hypercommercialization of media. Features Norman Lear, Jane Fonda, Arianna Huffington, Daniel Ellsberg, and others.

At a time when the United States finds itself engaged in a series of seemingly endless wars on multiple fronts, Through the Crosshairs offers a stunning look at how the crosshairs of the drone, smart bomb, helicopter gunship, satellite, and sniper scope have invaded the screens of news and entertainment media and shaped the way Americans see and “experience” war. Filmmaker and communication scholar Roger Stahl offers a fascinating history of the origins of weapon-cam footage; traces how this footage has made its way from remote military stations and government information offices into news, entertainment media, and video games; and shows how this “official” lens has worked to sanitize and normalize war and U.S. militarism.

In Digital Disconnect, media scholar Robert McChesney shows how corporate capitalism has turned the internet against democracy. With astonishing clarity, McChesney breaks down how internet giants like Google and Facebook have amassed huge profits by surreptitiously collecting personal data and selling it to advertisers; details how telecom monopolies like Verizon have colluded with the national security state to advance online mass surveillance programs; explains how a handful of powerful social media platforms has worked to isolate people into ideological filter bubbles and elevate “fake news” at the expense of real journalism; and raises serious questions about the relationship between unchecked corporate power and the democratic need for a free and open media system.

When Stuart Hall, one of the world’s foremost cultural and political theorists of race, diaspora, and cultural studies, died in 2014, he left behind an unfinished 300,000-word memoir. In this engaging interview conducted by MEF Executive Director Sut Jhally, British historian Bill Schwarz, one of Hall’s literary executors, talks about the myriad challenges of preparing Hall’s final book for publication. With disarming honesty, Schwarz shares what it was like to engage and converse with the disembodied words of an author who cherished dialogue above all else. The result is a fascinating and deeply personal entry point into Hall’s influential insights into issues of race and identity that continue to grip the global political landscape today.

The Great White Hoax, featuring acclaimed anti-racism educator Tim Wise, looks at the long history of racial scapegoating in American politics. From Nixon’s Southern Strategy in the 1960s to Charlottesville and the rise of white nationalism today, the film offers a stunning look at how American politicians have stoked white anxiety and resentment and scapegoated people of color to divide and conquer working class voters. While the film examines Donald Trump’s 2016 run for the presidency, it also widens its scope to show how Trump’s divisive campaign rhetoric fits within a larger pattern of racial scapegoating that cuts across partisan lines and goes back decades. Now available via streaming in an abridged 53-minute classroom version.

ADVERTISING AT THE EDGE OF THE APOCALYPSE
Featuring Sut Jhally

In Advertising at the Edge of the Apocalypse, communication scholar Sut Jhally argues that we’re not likely to avert the coming climate catastrophe without first confronting the near-religious status of American consumerism and the immense cultural power of the advertising industry. Ranging from the birth of modern advertising in the early 20th century to the full-scale commercialization of the culture today, Jhally identifies one consistent message running through all of advertising: the idea that corporate brands and consumer goods are the keys to human happiness. He then shows how this powerful narrative, backed by billions of dollars a year and propagated by the best creative minds, has blinded us to the catastrophic environmental costs of ever-accelerating rates of consumption.

CONSTRUCTING THE TERRORIST THREAT
Islamophobia, the Media & the War on Terror

The recent slaughter of 22 people in El Paso, Texas, by a white supremacist was just the latest reminder that Americans are far more likely to be killed by white extremists motivated by racist, anti-Muslim, anti-Semitic, anti-government, right-wing ideologies than any other group. Yet polls show that most Americans continue to fear radical Islamist terrorism far more than home-grown white terrorism. How do we explain this striking gap between perception and reality? That’s the subject of Deepa Kumar’s brilliant, eye-opening analysis in Constructing the Terrorist Threat. Kumar, one of the nation’s foremost scholars on Islamophobia, mobilizes a wealth of fascinating data to show how U.S. news and entertainment media have conditioned Americans to fear Islamic terrorism out of all proportion to reality.

The growing movement against Native American sports mascots has inspired a long-overdue reckoning with one of the last socially acceptable forms of racial stereotyping and cultural appropriation. In More Than a Word, filmmakers John and Kenn Little, members of the Standing Rock Sioux tribe, offer a fascinating look inside one of the most high-profile of these anti-racist campaigns: the growing movement to change the name of the Washington R*dskins football team. After tracing how the word “r*dskin” evolved from being a term of racist slander to being embraced as the name of one of the NFL’s oldest franchises, the film draws on the voices of Native American activists and scholars to place this controversy within the wider context of Native American history and racial scapegoating in America. In Production!
DAVE ZIRIN ON THE CULTURAL POLITICS OF NFL FOOTBALL

We’re thrilled to let you know that we’re in production on a new film, as yet untitled, about the cultural politics of NFL football with acclaimed Nation magazine sports editor and author Dave Zirin. The film will explore how the NFL’s stunning popularity and growing commercial and economic power have made it a formidable cultural and even political force that over the decades has helped shape dominant ideas about American manhood, race, patriotism, and corporate capitalism. This marks our third collaboration with Zirin, who was the subject of our bestselling film Not Just a Game: Power, Politics & American Sports. The video is slated for release sometime this fall.