Is There Any Escaping Commercial Propaganda? 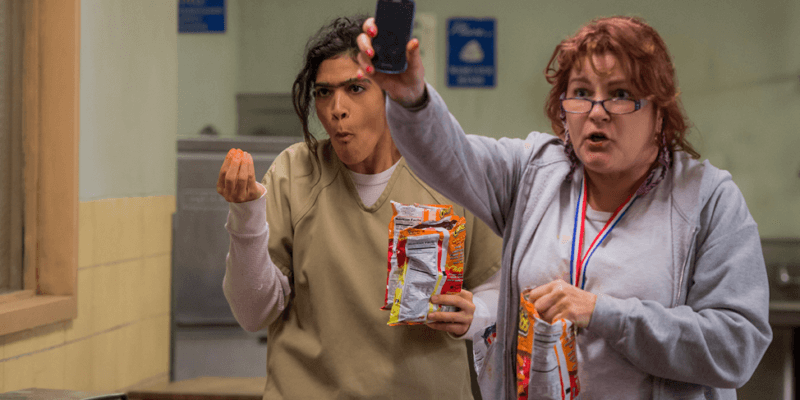 The more we try to get away from ads, the more unavoidable they become.

The latest example: the acceleration of product placement.

As more and more people fast-forward through ads and turn to “commercial-free” outlets like Netflix, Amazon, and Hulu, brands are now scrambling like never before to get their products displayed within movies and television shows. According to PQ Media, an industry research firm, product placement revenue will climb to $11.4 billion in 2019, a whopping 40% increase since 2012.

Industry executives call this “brand integration,” and it’s just one example of how they’re working overtime to blur the line between advertising and programming.

“Product placement is about as deceptive an advertising practice as there is,” said Sut Jhally, the Executive Director of the Media Education Foundation (MEF). “Along with the spread of sponsored content and public relations messaging on news sites, it’s getting harder and harder to recognize corporate propaganda, to detect when we’re being manipulated and sold, and to access other ways of seeing and being.”

As these kinds of stealth marketing tactics continue to escalate, it’s more important than ever to give young people the tools they need to identify and decode advertising and other commercial appeals.

With that in mind, we urge you to check out our full collection of classroom videos on the culture of consumerism.

MEF offers a host of videos that look at the proliferation of commercialism, the growing power of the advertising industry, and the destructive impact of both on the culture. Ranging from the commercialization of childhood and the rise of advertising in schools to the corporate threat to free expression, Hollywood movies, the music industry, news media, and public space itself, these videos encourage students to think critically about the myriad ways that commercial logic is reshaping the world around us.

We especially want to call your attention to our new release Advertising at the Edge of the Apocalypse, Sut Jhally’s timely and provocative look at how commercial logic has put us on a collision course with environmental and social catastrophe, and Digital Disconnect, acclaimed media scholar Robert McChesney’s eye-opening analysis of the multiple threats to democracy posed by the corporate takeover of the internet and the rise of surveillance-based advertising.

Check out our videos on hypercommercialism below!

ADVERTISING AT THE EDGE OF THE APOCALYPSE
Featuring Sut Jhally

Ranging from the emergence of the modern advertising industry in the early 20th century to the full-scale commercialization of the culture today, Jhally identifies one consistent message running throughout all of advertising: the idea that corporate brands and consumer goods are the keys to human happiness. He then shows how this powerful narrative, backed by billions of dollars a year and propagated by the best creative minds, has blinded us to the catastrophic costs of ever-accelerating rates of consumption.

Moving from the development of the internet as a publicly funded project in the late 1960s to its full-scale commercialization today, renowned media scholar Robert McChesney traces how the democratizing potential of the internet has been radically compromised by the logic of capitalism and the unaccountable power of a handful of telecom and tech monopolies.

CONSUMING KIDS
The Commercialization of Childhood

With virtually no government oversight or public outcry, the multibillion-dollar youth marketing industry has used the latest advances in psychology, anthropology, and neuroscience to transform American children into one of the most powerful and profitable consumer demographics in the world. Consuming Kids traces the evolution and impact of this unprecedented phenomenon. Drawing on the insights of children’s health experts, media critics, and industry insiders, it blows the lid off the youth marketing industry’s stealth tactics and explores the effects of consumerism on the imaginative lives of children.

In 1998, university professor Kembrew McLeod made headlines when he successfully trademarked the phrase “freedom of expression” to call attention to the extremes of intellectual property law. But in the years since, as fewer and fewer corporations have come to dominate the media landscape, copyright law has only become more restrictive. In this provocative film, McLeod continues his fight against the corporate chokehold on creative expression, translating the abstractions of copyright law into an engaging story about corporate power and the power of art.

THIS LAND IS OUR LAND
The Fight to Reclaim the Commons

Placing the commons squarely within the American tradition of community engagement and the free exchange of ideas and information, David Bollier shows how a bold new international movement steeped in democratic principles is trying to reclaim our common wealth by modeling practical alternatives to the restrictive monopoly powers of corporate elites.

Captive Audience is a compelling exposé of the transformation of classrooms, hallways, cafeterias, and textbooks into advertising vehicles. It explores how education is short-changed and democracy is at risk when schools become marketplaces and commercialism goes to the head of the class.

BEHIND THE SCREENS
Hollywood Goes Hypercommercial

Behind the Screens explores this trend toward “hypercommercialism” through phenomena such as product placement, tie-ins, merchandising and cross-promotions. It combines multiple examples taken directly from the movies with incisive interviews provided by film scholars, cultural critics, political economists, and an Oscar-nominated screenwriter.

MONEY FOR NOTHING
Behind the Business of Pop Music

Of all mass cultural forms, popular music has historically been characterized by the greatest independence for artists and allowing access to a broader diversity of voices. However, in the contemporary period, this independence is being threatened by a shrinking number of record companies, the centralization of radio ownership and playlists, and the increasing integration of popular music into the broader advertising and commercial aspects of the market.

If a key indicator of the health of a democracy is the state of its journalism, the United States is in deep trouble. In Rich Media, Poor Democracy, Robert McChesney lays the blame for this state of affairs squarely at the doors of the corporate boardrooms of big media, which far from delivering on their promises of more choice and more diversity, have organized a system characterized by a lack of competition, homogenization of opinion and formulaic programming.

Based on the best-selling book by Canadian journalist and activist Naomi Klein, No Logo reveals the reasons behind the backlash against the increasing economic and cultural reach of multinational companies. Analyzing how brands like Nike, The Gap, and Tommy Hilfiger became revered symbols worldwide, Klein argues that globalization is a process whereby corporations discovered that profits lay not in making products (outsourced to low-wage workers in developing countries), but in creating branded identities people adopt in their lifestyles.