PRE-ORDER NOW: Use this Film to Counter the Spread of White Supremacist Violence and Hate 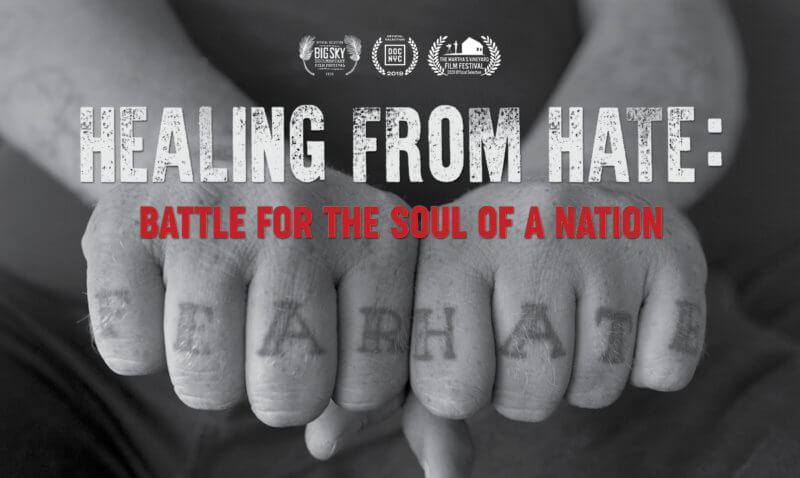 As right-wing extremist groups continue to grow their numbers and spread racist hate and violence, we want to make sure our upcoming release Healing From Hate: Battle for the Soul of a Nation is on your radar. Directed by award-winning filmmaker Peter Hutchison, Healing From Hate offers a riveting inside look at a group of former Skinheads and neo-Nazis who are now working on the front lines to de-radicalize violent extremists and transform racist attitudes.

Healing From Hate is set for release on DVD on Aug. 1, will begin streaming on Kanopy on Aug. 11, and is now available for pre-order!

At a time when systemic racism, white privilege, and white-nationalist extremism have moved into the national spotlight like never before, Healing From Hate promises to be a vital educational tool and online resource for the fall semester.

PRE-ORDER OR SET UP A VIRTUAL SCREENING