New film on American gun culture is being hailed as “a weapon of mass destruction.”

After assembling mock assault rifles out of everyday found objects, sculptor David Hess decides to turn them into an experimental public art installation to explore America’s obsession with guns. The fruits of that mission comprise the story of Gun Show, a fascinating and deeply moving documentary that steers clear of advocating a position and instead invites meaningful dialogue about the cultural power of guns.

We’re thrilled to let you know that Gun Show is now available for pre-order!

Beginning in Hess’s sculpture studio, and culminating on the mall of the nation’s capital, Emmy Award-winning filmmaker Richard Chisolm’s three-year documentary “road movie” represents a continual quest for meaning: an invitation to freshly engage the very loaded topic of guns in America. Gun Show is a powerful educational resource for inspiring critical thinking and discussion on a range of topics, including cultural mythology and symbolism, civic discourse, public art, public policy, gun rights, gun safety, and violence in America. 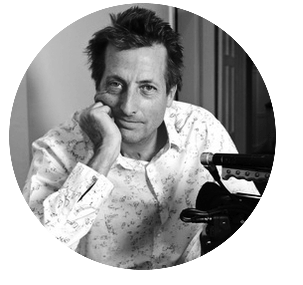 Richard Chisolm is an Emmy Award-winning documentary filmmaker and cinematographer with thirty years of international production experience. Deeply committed to the value of real stories and the adventures of real people, he has worked for PBS, National Geographic, BBC, Discovery Channel, and HBO. He is also the recipient of a Peabody Award, a duPont-Columbia Journalism award, and two Kodak Vision awards.

— Firmin DeBrabander | Author of "Do Guns Make Us Free?" and Professor of Philosophy at the Maryland Institute College of Art

“After every new and senseless mass shooting, there is a flickering hope that common-sense legislation will prevail, and then it does not. Enter Gun Show, a fresh-faced film that wields the achingly inventive art of David Hess, who has literally created ‘weapons of mass discussion!’ Richard Chisolm’s documentary trumpets a great human aspiration – the end of us-versus-them thinking – revealing a world where we see we are all in it together.”

“A provocative, and productively uncomfortable, look at art’s capacity to transform and to breach the barriers that prevent us from connecting across our differences. Amidst our increasingly heated gun debates, art provides a means of recapturing a sense of shared humanity and common vulnerability.”

— Caroline Light | Author of "Stand Your Ground: A History of America's Love Affair with Lethal Self-Defense" and Senior Lecturer and Director of Undergraduate Studies Program in Women, Gender, and Sexuality Studies at Harvard University

“9 out of 10! Whether it’s rural farmers seeing the weapons as optimistic homages to freedom, community programs for at-risk youth viewing them as a fetishistic love letter to romanticized violence, or an ethical debate with no right answer (or end), Gun Showsucceeds in almost every way.”