Featured Films for the New Semester 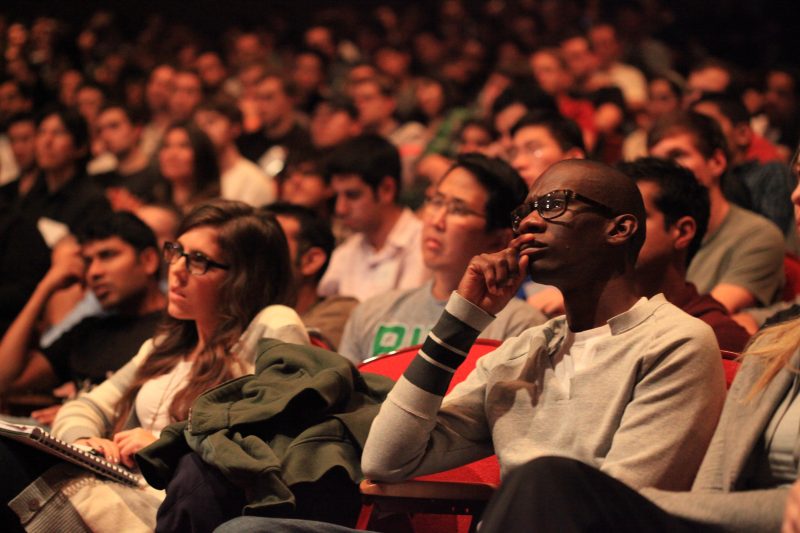 As the new semester gets under way, we want to remind you about a number of bestselling MEF videos that speak directly to the current moment. All of the films featured below are designed to help students navigate and break down some of the most critical and difficult issues currently roiling the American political landscape – something that takes on new urgency given we’re now entering a new presidential election season. We hope you’ll take a minute to browse these titles below and consider screening them in your classes or on campus to spark discussion and debate over the course of the upcoming semester.

The Great White Hoax, featuring acclaimed anti-racism educator Tim Wise, looks at the long history of racial scapegoating in American politics. From Nixon’s Southern Strategy in the 1960s to Charlottesville and the rise of white nationalism, the film offers a stunning look at how American politicians have stoked white anxiety and resentment and scapegoated people of color to divide and conquer working class voters. The film examines Donald Trump’s 2016 run for the presidency, but it also widens its scope to show how Trump’s divisive campaign rhetoric about African-Americans, Latinos, and Muslims fits within a larger pattern of racial scapegoating that cuts across partisan lines and goes back decades. Now available via streaming in an abridged 53-minute classroom version.

THE BYSTANDER MOMENT
Transforming Rape Culture at its Roots

The Bystander Moment, featuring pioneering educator and activist Jackson Katz, explores how bystanders can help disrupt attitudes, beliefs, and behaviors that perpetuate sexual harassment, sexual assault, and other forms of gender violence. Ranging from peer cultures to media culture to the highest levels of our political culture, Katz examines how social norms – in particular normative ideas about manhood across race, class, and ethnicity – have fed a culture of silence in the face of men’s sexual violence. At the same time, he offers a positive conception of bystanders as friends, teammates, classmates, and co-workers who have a crucial leadership role to play in challenging and changing these social norms.

In Advertising at the Edge of the Apocalypse, communication scholar Sut Jhally argues that we’re not likely to avert the coming climate catastrophe without first confronting the near-religious status of American consumerism and the immense cultural power of the advertising industry. Ranging from the birth of modern advertising in the early 20th century to the full-scale commercialization of the culture today, Jhally identifies one consistent message running through all of advertising: the idea that corporate brands and consumer goods are the keys to human happiness. He then shows how this powerful narrative, backed by billions of dollars a year and propagated by the best creative minds, has blinded us to the catastrophic environmental costs of ever-accelerating rates of consumption.

In Digital Disconnect, media scholar Robert McChesney shows how corporate capitalism has turned the internet against democracy. With astonishing clarity, McChesney breaks down how internet giants like Google and Facebook have amassed huge profits by surreptitiously collecting personal data and selling it to advertisers; details how telecom monopolies like Verizon have colluded with the national security state to advance online mass surveillance programs; explains how a handful of powerful social media platforms has worked to isolate people into ideological filter bubbles and elevate “fake news” at the expense of real journalism; and raises serious questions about the relationship between unchecked corporate power and the democratic need for a free and open media system.

At a time when the dehumanization of Mexicans and Latino immigrants has become routine at the highest levels of power in the United States, Latinos Beyond Reel draws on the insights of Latinx scholars, journalists, news producers, actors, directors, and community leaders to break down the long, destructive history of Latino stereotyping in this country. Ranging across decades of news and entertainment media, the film brings us face to face with images of Latino gangsters and Mexican bandits, harlots and prostitutes, drug dealers and welfare-leeching illegals, and shows how these pathological and one-dimensional media narratives have contributed to anti-Latino attitudes, a toxic political culture, and repressive public policies at key moments in U.S. history.

CONSTRUCTING THE TERRORIST THREAT
Islamophobia, the Media & the War on Terror

The recent slaughter of 22 people in El Paso, Texas, by a white supremacist was just the latest reminder that Americans are far more likely to be killed by white extremists motivated by racist, anti-Muslim, anti-Semitic, anti-government, right-wing ideologies than any other group. Yet polls show that most Americans continue to fear radical Islamist terrorism far more than home-grown white terrorism. How do we explain this striking gap between perception and reality? That’s the subject of Deepa Kumar’s brilliant, eye-opening analysis in Constructing the Terrorist Threat. Kumar, one of the nation’s foremost scholars on Islamophobia, mobilizes a wealth of fascinating data to show how U.S. news and entertainment media have conditioned Americans to fear Islamic terrorism out of all proportion to reality.

We made The Purity Myth with leading feminist writer Jessica Valenti a few years ago, but today’s resurgent right-wing effort to undermine women’s reproductive rights makes it as timely and relevant as ever. In the film, Valenti makes the case that right-wing attacks on Planned Parenthood and abortion rights, the rise of the abstinence movement, and conservative attempts to redefine rape are part of a larger decades-long backlash against feminism, women’s equality, and women’s autonomy. She also takes dead aim at the patriarchal assumption that men know what’s best for women — and that a woman’s worth depends on what she does, or does not do, sexually.

At a time when the United States finds itself engaged in a series of seemingly endless wars on multiple fronts, Through the Crosshairs offers a stunning look at how the crosshairs of the drone, smart bomb, helicopter gunship, satellite, and sniper scope have invaded the screens of news and entertainment media and shaped the way Americans see and “experience” war. Filmmaker and communication scholar Roger Stahl offers a fascinating history of the origins of weapon-cam footage; traces how this footage has made its way from remote military stations and government information offices into news, entertainment media, and video games; and shows how this “official” lens has worked to sanitize and normalize war and U.S. militarism.

Thanks to Donald Trump’s attacks on the free speech rights of activist-athletes like Colin Kaepernick, the relationship between sports and politics has never seemed more clear. That’s why we urge you to revisit our bestselling film Not Just a Game, Nation magazine sports editor Dave Zirin’s riveting look at the intersection of sports and politics and the long, proud tradition of activist-athletes in this country. As a new generation of sports stars like Kaepernick, Megan Rapinoe, Michael Bennett, Maya Moore, Breanna Stewart, and Serena Williams continue to use their platform to raise awareness about racism, police violence, sexism, homophobia, and a range of other urgent issues, Not Just a Game is as vital as ever.