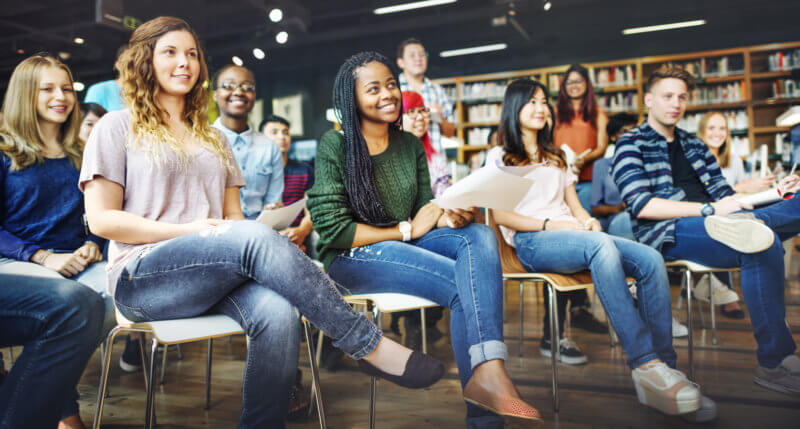 To help you with your campus orientation programming, we’ve put together a special selection of MEF titles and other resources designed to help students think critically about urgent campus issues like sexual assault, racism, and binge drinking.

+ Preview clips from each title

+ Guides to help you organize screenings and lead discussions

+ A roster of potential campus speakers

Watch previews and click on the titles below for more information.

THE BYSTANDER MOMENT: TRANSFORMING RAPE CULTURE AT ITS ROOTS

ASKING FOR IT: THE ETHICS AND EROTICS OF SEXUAL CONSENT

WHITE LIKE ME: RACE, RACISM,& WHITE PRIVILEGE IN AMERICA

HIP-HOP: BEYOND BEATS AND RHYMES

THE PURITY MYTH: THE VIRGINITY MOVEMENT’S WAR AGAINST WOMEN

Host a campus screening of a MEF film and organize a corresponding talk, discussion, or workshop with one of the amazing speakers below! When you buy a film from MEF at the college/university price, you have the right to host a public campus screening of the film with no extra fee. Simply click on the links below to contact the speaker or their agent to inquire about booking them to come speak on your campus. Jean Kilbourne is internationally recognized for her pioneering work on alcohol and tobacco advertising and the image of women in advertising. With expert knowledge, insight, humor and commitment, she explores the relationship of media images to actual problems in the society, such as violence, rape and sexual harassment, addiction, and eating disorders. Jean Kilbourne was named by The New York Times Magazine as one of the three most popular speakers on college campuses today.

>> Bring Jean Kilbourne to your campus in conjunction with a screening of Killing Us Softly 4, Spin the Bottle, or another one of her films.

Jackson Katz is internationally renowned for his pioneering scholarship and activism on issues of gender, race and violence. He has long been a major figure and thought leader in the growing global movement of men working to promote gender equality and prevent gender violence. He is co-founder of Mentors in Violence Prevention (MVP), one of the longest-running and most widely influential gender violence prevention programs in North America, and the first major program of its kind in sports culture and the military.

>> Bring Jackson Katz to your campus in conjunction with a screening of Tough Guise 2, Spin the Bottle, or another one of his films. Nancy Schwartzman is a director, producer, and anti-violence activist. Known for her cutting edge sensibility, she is the director of the documentary films The Line (distributed by the Media Education Foundation) and xoxosms. Named one of the “10 Filmmakers to Watch in 2011” by Independent Magazine, her work explores the intersection of sexuality, new media, and navigating partner communication about consent.

>> Bring Nancy Schwartzman to your campus in conjunction with a screening of The Line.

Byron Hurt is an award-winning documentary filmmaker, published writer, anti-sexist activist, and lecturer. For more than 20 years, Hurt has been using his craft, his voice, and his writings to broaden and deepen how people think about gender violence, race, music, visual media, and food justice. As an activist, Byron has served as a gender violence prevention educator. His films I Am a Man: Black Masculinity in America, Hip-Hop: Beyond Beats & Rhymes, and Soul Food Junkies have received wide acclaim.

>> Bring Byron Hurt to your campus in conjunction with a screening of Hip-Hop: Beyond Beats & Rhymes. Jessica Valenti is a columnist for the Guardian US and a feminist author. Her most recent book, Sex Object: A Memoir, was a New York Times bestseller. In 2004, Jessica founded the award-winning blog Feministing.com, which Columbia Journalism Review called “head and shoulders above almost any writing on women’s issues in mainstream media.” Jessica has been interviewed on The Colbert Report, profiled in The New York Times magazine, and is a widely-sought after speaker.
>> Bring Jessica Valenti to your campus in conjunction with a screening of the film The Purity Myth.

Tim Wise is among the most prominent anti-racist writers and activists in the US. Wise has provided anti-racism training to teachers, physicians, medical industry professionals, and law enforcement officials on methods for dismantling racism in their institutions. Tim, who was recently named one of “25 Visionaries Who are Changing Your World,” by Utne Reader, has spoken in 49 states, on over 600 college campuses, and to community groups across the nation.

>> Bring Tim Wise to your campus in conjunction with a screening of White Like Me. Daphne Valerius’ passion for the media industry began during her undergraduate studies at St. John’s University. She went on to complete her Masters in Broadcast Journalism at Emerson College, where she received the esteemed Associated Press Award for Public Affairs and produced her award-winning documentary, The Souls of Black Girls. Following the success of her film, Valerius was named among the Best Black Documentary Directors of 2008.

>> Bring Daphne Valerius to your campus in conjunction with a screening of the film The Souls of Black Girls.

Thomas Keith is the creator of the documentary films Generation M: Misogyny in Media and Culture, The Bro Code: How Contemporary Culture Creates Sexist Men, and The Empathy Gap: Masculinity & the Courage to Change. Tom teaches courses in philosophy at California State University, Long Beach and California Polytechnic University, Pomona. He is available to speak to audiences about masculinity and gender.

>> Bring Thomas Keith to your campus in conjunction with a screening of the film Generation M, The Bro Code or The Empathy Gap. Lynn Phillips, Ph.D., has taught in the Department of Communication at the University of Massachusetts since 2005 and is the 2012 recipient of the College of Social and Behavioral Sciences Outstanding Teaching Award. Her publications include Flirting with Danger: Young Women’s Reflections on Sexuality and Domination, Unequal Partners: Power and Consent in Adult-Teen Relationships, and The Girls Report: What We Know and Need to Know about Adolescent Girls. Committed to participatory activist research, she has collaborated with such organizations as Planned Parenthood, battered women’s shelters, sexual health and education programs, and grassroots programs and foundations supporting girls and youth development.

>> Bring Lynn Phillips to your campus in conjunction with a screening of Flirting with Danger.

Denice Ann Evans is a highly requested national speaker, collegiate trainer and workshop facilitator for organizations and schools. Her films and videos have been used nationwide, since 2008, for course curriculums and programs targeted at sexual assault prevention. She has been a keynote speaker and presenter at numerous colleges & universities. Her first award-winning feature documentary, Spitting Game: The College Hook Up Culture premiered at the Boston Film Festival in 2008 and went on to showcase at a dozen film festivals, numerous colleges and universities, and academic conferences, including the American Public Health and American Psychological Association annual meetings.

>> Bring Denice Ann Evans to your campus in conjunction with a screening of Spitting Game.