The Bystander Moment: Transforming Rape Culture at its Roots

The #MeToo movement has shined much-needed light on the epidemic of sexual harassment and abuse and created unprecedented demand for gender violence prevention approaches that actually work. MEF’s forthcoming new video The Bystander Moment tells the compelling story of one of the most prominent and proven of these approaches – the innovative Mentors in Violence Prevention (MVP) model developed by pioneering scholar and activist Jackson Katz and his colleagues.

Drawing on examples from news and entertainment media, Katz provides a powerful introduction to the key ideas and pedagogical practices that inform the MVP bystander model. He gives special attention to MVP’s focus on peer culture dynamics – especially male peer culture dynamics – that help to normalize sexism and misogyny while silencing other men in the face of abuse. And he stresses the crucial importance of appealing to people not as potential perpetrators or passive spectators, but as active bystanders and potential leaders who have a positive role to play in challenging and changing the sexist cultural norms that too often lead to gender violence.

The Bystander Moment is the first video of its kind to take a sustained look at the influential MVP bystander approach and to zero in on how gender norms, especially normative ideas about manhood, have fed a culture of silence in the face of sexual harassment and abuse and other forms of gender violence. The result is an indispensable educational tool in the ongoing struggle to prevent sexism and misogyny and promote gender equality.

The Bystander Moment is slated for release in October. Don’t miss this timely and important new film. 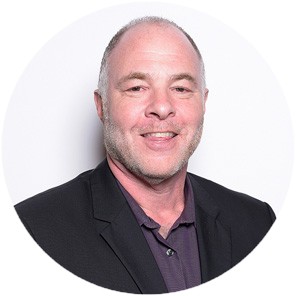 Jackson Katz, Ph.D., is internationally renowned for his pioneering scholarship and activism on issues of gender, race and violence. He has long been a major figure and thought leader in the growing global movement of men working to promote gender equality and prevent gender violence. He is co-founder of Mentors in Violence Prevention (MVP), one of the longest-running and most widely influential gender violence prevention programs in North America, and the first major program of its kind in the sports culture and the military. Katz was one of the key architects of the now broadly popular “bystander” approach that MVP introduced to the sexual assault and relationship abuse fields. Since 1997 he has run MVP Strategies, which provides sexual harassment and gender violence prevention/leadership training to institutions in the public and private sectors in U.S. and around the world.