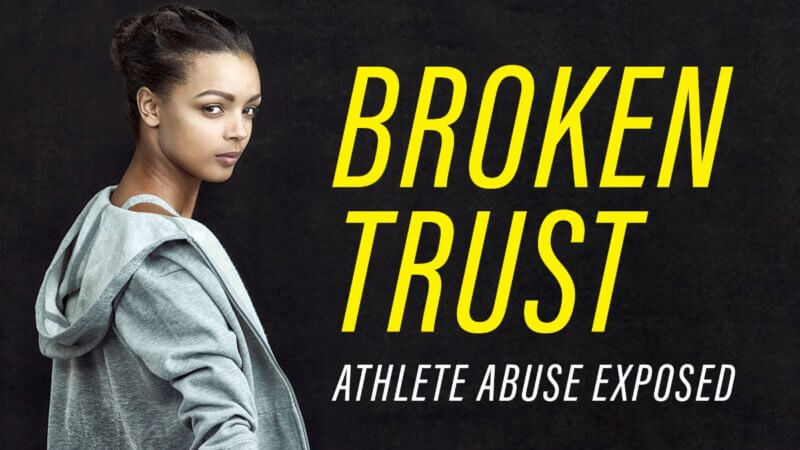 We’re thrilled to let you know that our forthcoming release Broken Trust: Athlete Abuse Exposed is now available for pre-order!

Broken Trust, from filmmaker Jill Yesko, takes an unflinching look at the secret world of sexual and emotional abuse experienced by athletes. Moving beyond attention-grabbing headlines, the film draws on courageous first-hand testimonies from Olympic and national-class athletes and coaches to reveal how victims in the sports world are often isolated and ostracized for speaking out, how parents are pressured to keep silent when confronted by abusive coaches, and how more and more athletes are fighting back to change the system. Broken Trust is a powerful tool for critically examining the systemic and social forces that contribute to the culture of abuse in sports and beyond.