Educators Have a Special Responsibility to Expose and Confront Systemic Racism, White Privilege, and State Violence 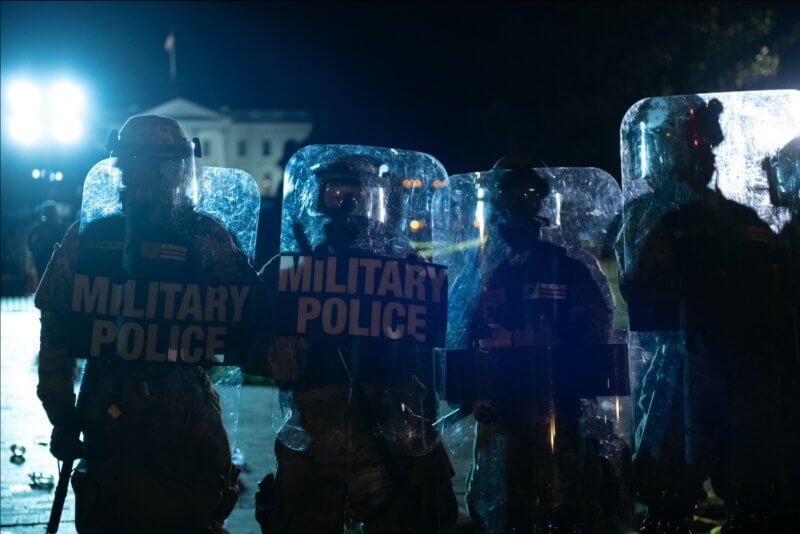 “History is calling the future from the streets of protest. What choice will we make? What world will we create? What will we be? There are only two choices: racist or anti-racist.”

As protests continue to spread across the country in response to the barbaric murder of George Floyd by Minneapolis police, educators and activists now have an extraordinary opportunity – and a special responsibility – to expose and actively fight against the 400-year legacy of systemic racism and white privilege in the United States.

For over two decades, MEF has been producing and distributing educational videos that aim to do just this. We urge you to use these videos to help clarify how power combines with policy to breed racism and white privilege, and to inspire critical thinking about right-wing efforts to spread racialized fear, divide Americans, and enact even more extreme authoritarian social controls.

In addition, don’t miss what some of the leading anti-racist scholars, writers, and activists featured in the videos below have had to say about the murder of George Floyd and the larger structures of racism that brought us to this breaking point: Healing From Hate: Battle for the Soul of a Nation provides a riveting look inside the minds of a group of former Skinheads and neo-Nazis who are now working on the front lines to de-radicalize violent extremists and transform racist attitudes. I Am a Man: Black Masculinity in America offers a deeply personal account of what it means to be a black man in America given the nation’s long history of devaluing and demeaning black manhood and doing systematic violence to African Americans.

White Like Me: Race, Racism & White Privilege in America explores the politics of race in the U.S. through the lens of white privilege and a decades-long strategy by the right to cultivate white racial resentment.

On White Privilege: Racism, White Denial & the Costs of Inequality breaks down the concept of white privilege and traces its destructive real-world impact on people of color and white people alike. Not Just a Game: Power, Politics in American Sports includes a stirring look at African American athletes who have used their platform to raise awareness about racial injustice, paving the way for Colin Kaepernick and other activist-athletes today. The Last Interview: Stuart Hall on the Politics of Cultural Studies features the influential late British cultural theorist Stuart Hall on his breakthrough analysis of race, policing, and repression in his seminal cultural studies work Policing the Crisis: Mugging, the State, and Law & Order. bell hooks: Cultural Criticism & Transformation features the legendary author, feminist, and social activist on the intersectionality of race, capitalism, and gender, and the relationship of this nexus to systems of oppression and class domination. The Mean World Syndrome: Media Violence & the Cultivation of Fear examines how U.S. news and entertainment media portray people of color in ways that breed irrational fears of black crime and cultivate public support for repressive and racist policing and policy.