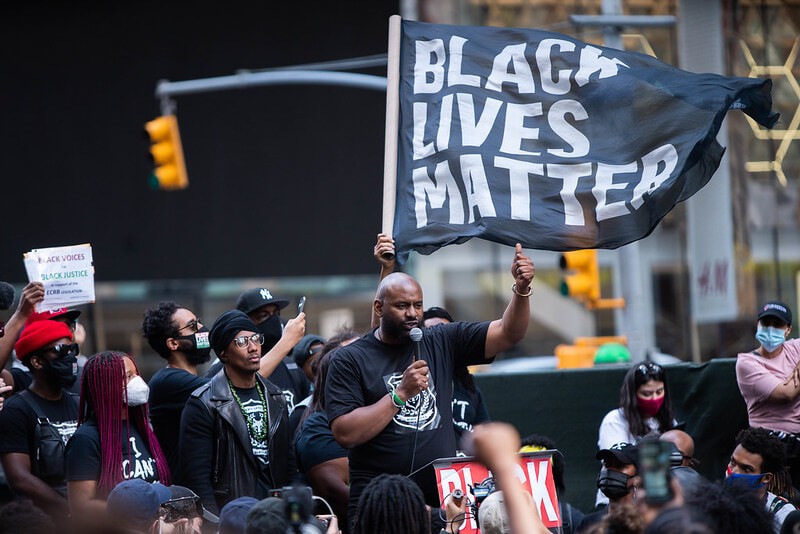 “Black History Month is more than a celebration of black achievement. It is a political and moral project that exposes the willful ignorance about black people that shapes American history and informs our present troubles.”

February is Black History Month — a time to center and celebrate the achievements of Black Americans throughout history. But just a few weeks removed from the Capitol riot, as the nation continues to confront the accelerating threat of white nationalism and right-wing extremism, Black History Month is also the perfect time to reflect on the long, ongoing struggle against white supremacist ideology and anti-Black racism in this country.

“Black History Month is traditionally a time to honor black Americans and, theoretically, accord them their proper place in American history,” Erin Aubry Kaplan observed in the New York Times last year. “But … at this very perilous moment in the history of us all, it’s urgent that we turn the lens around, take it off the worthy black individuals and put it on America as a whole. It’s time to acknowledge what black history really reveals — not individual heroism or the endurance of democratic ideals, but their opposites. Time to examine what black history has always shown us: how hundreds of years of codified oppression, groupthink, hypocrisy, lies and political cowardice have made possible, and palatable, the political oppression and moral corruption of the current moment that threatens to wipe out democracy for everybody.”

With all of this in mind, we’ve put together a special selection of classroom films that speak directly to how white supremacist thinking has fundamentally shaped not only Black history, but American history more generally — in ways that have become impossible to ignore over the past few weeks.

Below, you’ll find videos that critically examine the political, cultural, and social forces that continue to breathe life into white-supremacist ideology, racial scapegoating, and racial repression. You’ll also find titles that center how Black Americans have experienced, understood, and resisted these systems of racial repression. We encourage you to use these films in your classes, organize virtual programming on your campus, or host virtual screenings in your community.

From now through the end of February, we’re offering 25% off of these titles — and the rest of our Race and Representation Collection — with the code BLACKHISTORY21.

THE GREAT WHITE HOAX: DONALD TRUMP & THE POLITICS OF RACE & CLASS IN AMERICA

The Great White Hoax, featuring acclaimed anti-racist educator and author Tim Wise, explores how American political leaders of both parties have been tapping into white anxiety, stoking white grievance, and scapegoating people of color for decades to divide and conquer working class voters and shore up political support.

HEALING FROM HATE: BATTLE FOR THE SOUL OF A NATION

Healing From Hate is at once a stunning document of racism and white-male grievance in America, and a powerful portrait of a group of people working together to de-radicalize hate groups and heal communities torn apart by white male insecurity, resentment, and rage.

Ranging from Richard Nixon’s tough-talking, fear-stoking law-and-order campaign in 1968 to Donald Trump’s hyper-macho revival of these same tactics in 2020, The Man Card shows how the right has employed a deliberate strategy to frame Democrats and liberals as soft, brand the Republican Party as the party of “real men,” and position conservatives as defenders of white male power and authority in the face of seismic demographic changes and ongoing struggles for equality.

Filmmaker Daphne Valerius’s award-winning documentary The Souls of Black Girls explores how media images of beauty undercut the self-esteem of African-American women. Valerius surveys the dominant white, light-skinned, and thin ideals of beauty that circulate in the culture, from fashion magazines to film and music video, and talks with African-American girls and women about how these images affect the way they see themselves.

In this exhilarating tour of the good, the bad, and the ugly of American sports culture, iconoclastic cultural historian and Nation magazine writer Dave Zirin argues that American sports are about a lot more than just fun and games. Exploding the myth that the world of sports somehow stands outside the world of politics and ideology, Zirin shows how American sports culture has long been a haven for the most reactionary attitudes and ideas, promoting everything from nationalism and militarism to sexism, racism, and homophobia.

I AM A MAN: BLACK MASCULINITY IN AMERICA

Award-winning filmmaker Byron Hurt explores what it means to be a black man in America. Traveling to more than fifteen cities and towns across the country, Hurt gathers reflections on black masculinity from men and women of a variety of socioeconomic backgrounds and a host of leading scholars and cultural critics.