Why does the media representation of male bodies keep getting bigger? 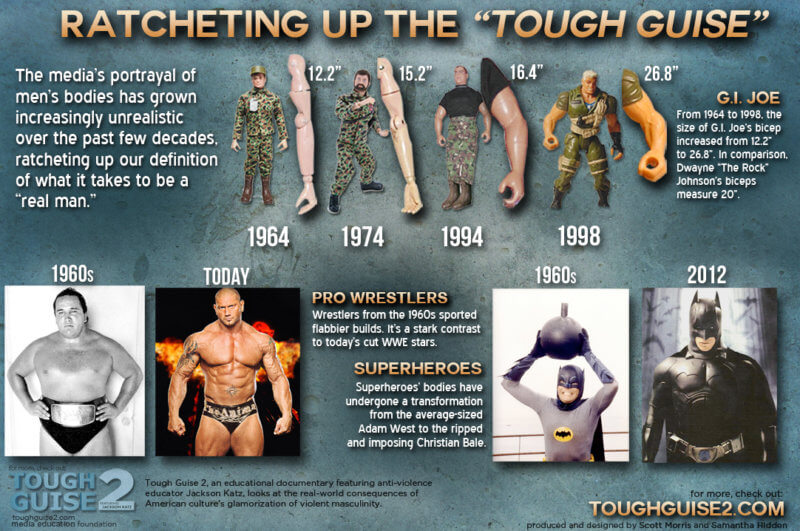 Over the past few decades, there’s been a ratcheting up of what it takes to be considered a real man.